I’ve literally been going on skateboard tours for half of my life now. Ever since I got my drivers license back in 1990, I have constantly been on the road in search of skateable terrain, regularly leaving my hometown with a trunk full of equal-minded skateboard folk.

The first tour I remember saw me and two local homies going North in my tiny Fiat Uno. Not only did we put many miles on the Uno during our adventurous three-day stint into the unknown, we also slept and cooked in it. That kind of road life was absolutely normal to us back then; mostly because we didn’t even think about it. We were inexperienced, hyped on riding Canadian maple boards, and still healthily ignorant. The entire tour had nothing “professional” about it. No strings attached. No trick-manual or to-do-list. 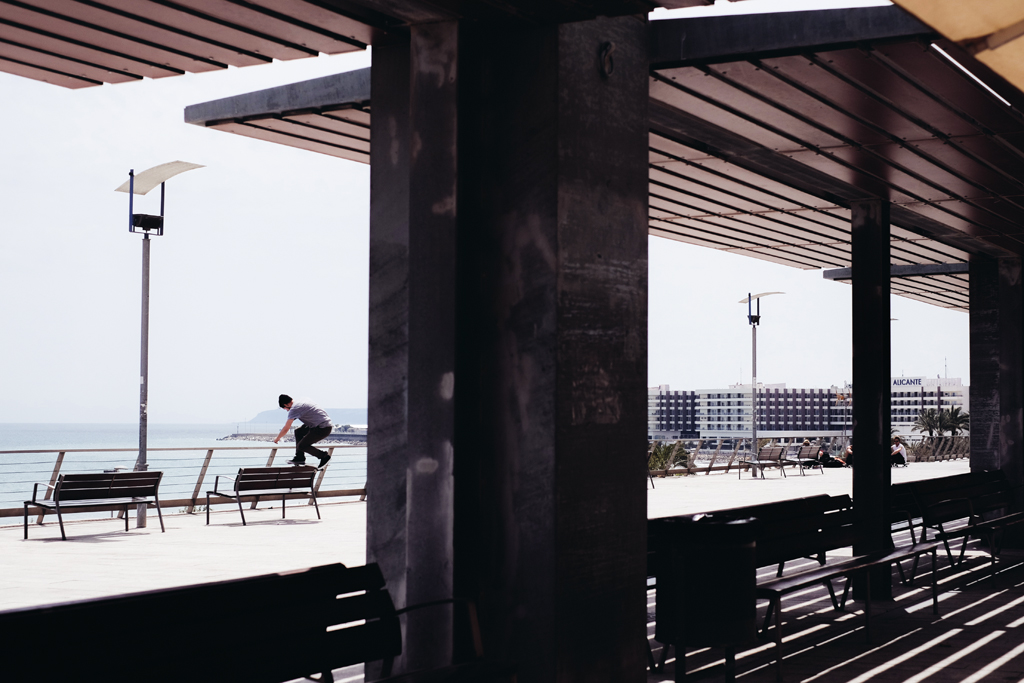 Nevertheless, I did bring my camera on tour to cover our 50-50s, boneless-ones and early grabs for an upcoming issue of the Zine I was publishing at that time, called Read and have Fun. That was not only the name of my DIY-magazine, but our overall motto back then: To “have fun” skateboarding. We still knew nothing about the concept of ABDs (“Already Been Done” tricks) and other media politics – probably because they just didn’t exist back then. We were just a couple of Freebirds. Absolutely.

Many years, and several ”Freebird Tours” later, I gave up some of my freedom for voluntary captivity by starting my own skateboard company. Of course, I didn’t know at the time that I was about to get my wings clipped. In the early days of company ownership, everything still seemed to be just fun and games. Nothing ”professional” about it. All sessions – no meetings. No pre-book line catalogues. No Fall/Winter collections. No Spring/Summer season – to us, that was just ”Skateboard Season“. 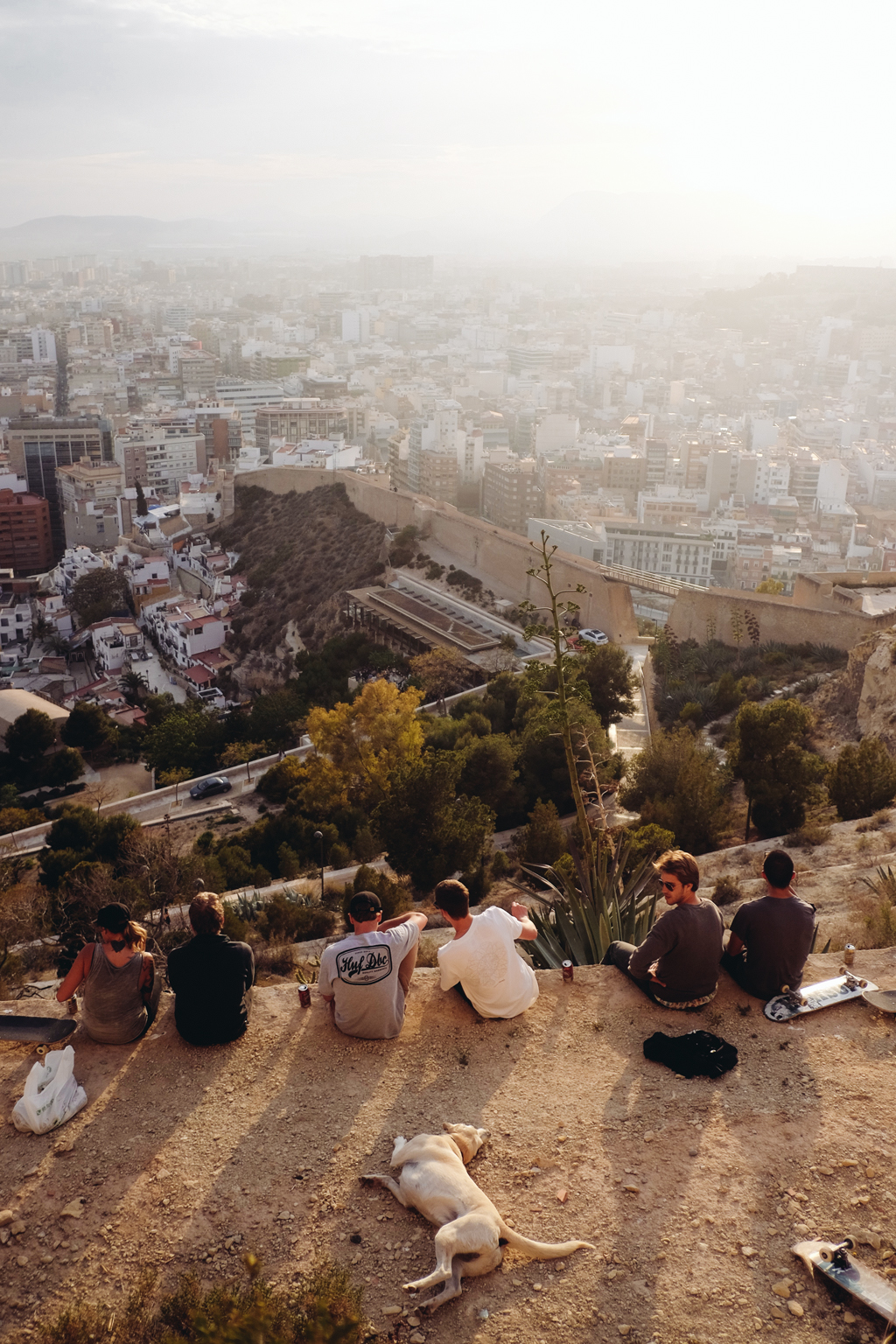 Now fast forward 15 years. Fast forward to today. I still make a fly-by-night living by selling skateboards, but after 15 years of doing this professionally, I know which way most of the cookies crumble in the skateboard marketplace. They crumble mostly at the thin line between caring and not caring. As a skate company, you have to be in the peoples’ eyes, ears and brains – which ultimately will lead you into the comfort of their open wallet. That’s how you make a living selling almost anything – including yourself if you’re a sponsored skateboarder. You need to show off your brand. You have to get people hyped. And one way to reach your target group is by going on a skateboard tour with your teammates.

As opposed to Freebird-style touring, there is actually something professional about it. Here’s the set formula behind how skateboard company tours work: Travel to exotic destinations and get the adrenalin-fueled action covered. Bring home still and moving images. The bigger the stunts, the better. Then get your tour featured in a major magazine. Ten pages. No less. 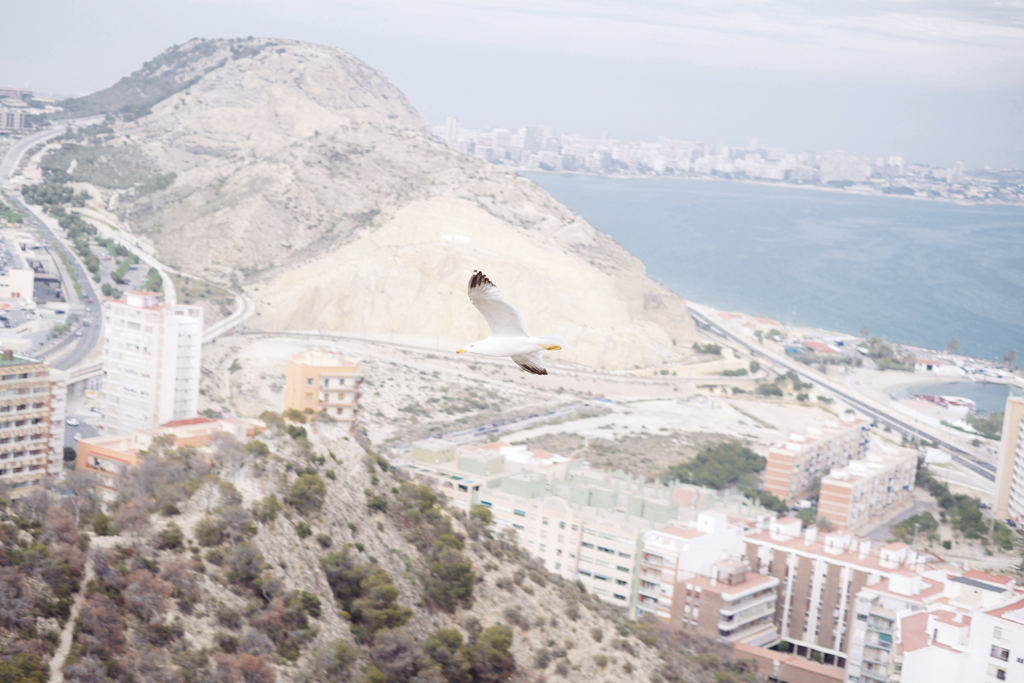 Simultaneously, blog, post and Instagram the shit out of the footage you and your team gathered. Edit some video clips. Make sure to keep them under three minutes. Release them within the next two months in conjunction with blogging the second tries and alternative angles on tumblr. Then wait a month – and do it again. And again. And again. It’s like you gotta stir ‘em good if you wanna move ‘em! 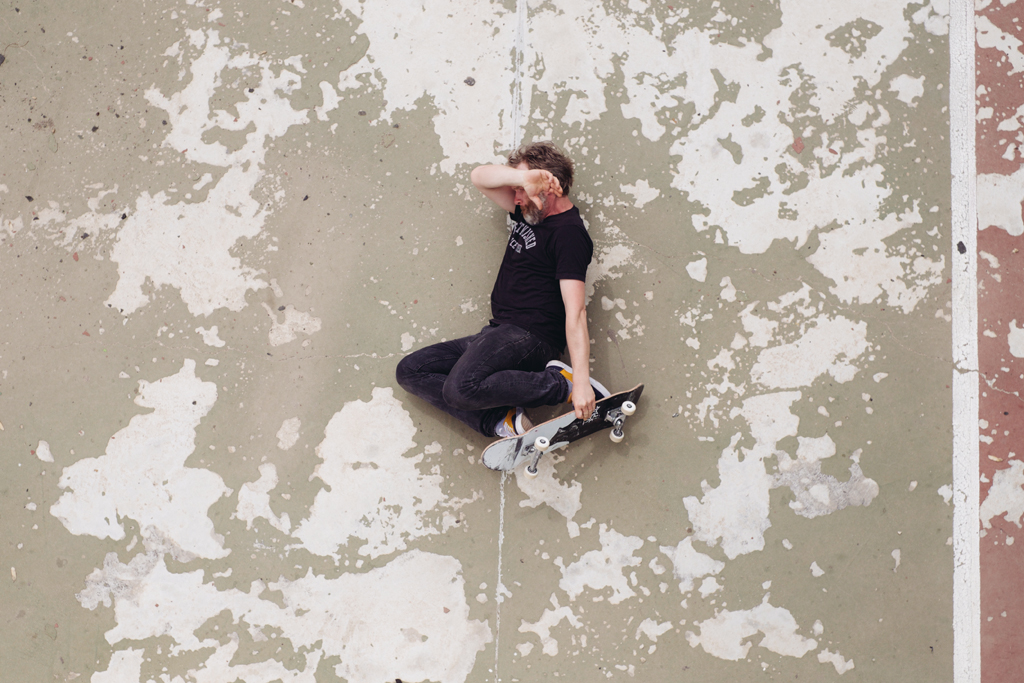 People know me as Captain Cracker, and I have never have been a captain known to exploit his own crew. I’m not out there pushing the performance of my team overboard for the sake of publicity. Probably because I’m still clinging to that feeling I had back when I went on those early Freebird trips. Good times over bangers. BBQs over ABDs. But for a skateboard company owner in the digital age, that kind of sentiment is quite romantic. Nothing but an analog luxury, if you look at it from the modern business perspective of things. The omnipresent Internet of today is a multi-headed Hydra always ready to toss its wireless tongue relentlessly at the potential customer. The Internet is the major player in almost every business now – and in order to stay in the Game of Skate you, as a brand or branded skateboarder, have to feed this hunger. 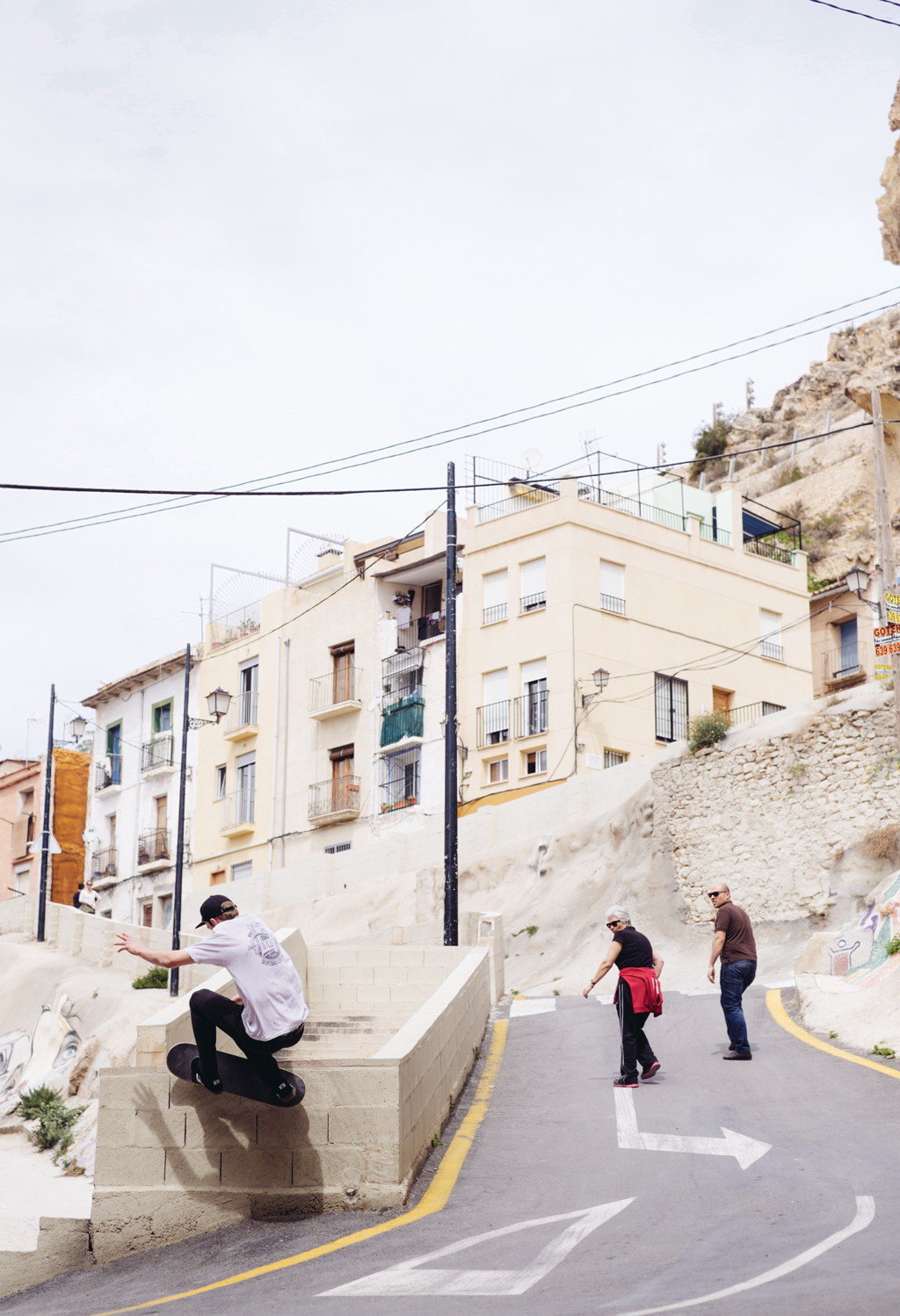 You have to supply for the demand for anything by everyone. Your brand has to stay afloat in those social timelines, blogs, posts and Google rankings – otherwise you’ll be sinking to the bottom of the digital quicksand and, ultimately, slip into digital oblivion. Millions have already become hooked, so millions of us are feeding that beautiful beast on a daily basis trying to stay within the highest favor of its audience. We all want “Likes” by the thousands, let’s admit it… 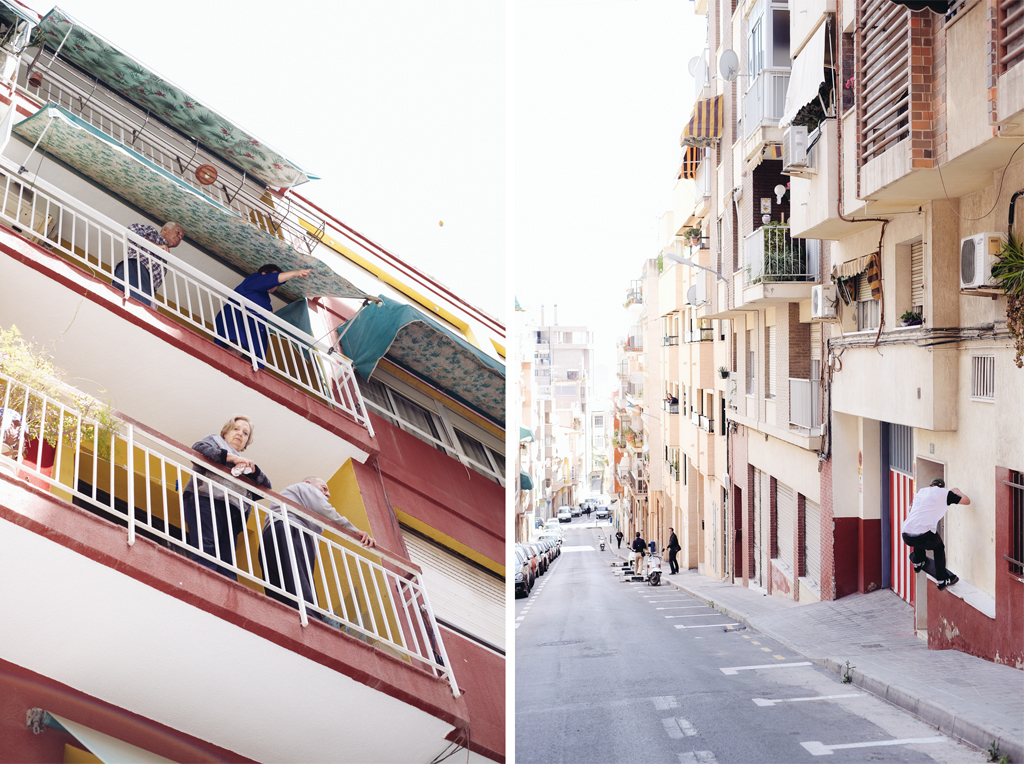 The online world is the Golden Calf of the digital age. Most of us just haven’t yet realized that we have begun to worship it almost above all else. This ignorance of reality is what puts the pressure on us all to perform in the digital realm. We put on a performance, an act, trying to stoke the wireless masses. And in the process, we tend to forget all about just having a good time exclusively by and for ourselves; at least every once in a while. Myself included. In 2013, after a King of the Road-style tour for a major skateboard magazine, I found myself feeling that this had definitely been my last skateboard tour.

The ”Mission Manual”, the book containing our daily challenges for this tour, was the essence of what I had begun to dislike about the status-quo of skateboarding. Always try for the impossible. Not because it’s so much fun but because the gnarlier it gets, the more “likes” and followers your content will be generating. Until ultimately, it will go absolutely viral – get insanely hyped throughout cyberspace – and satisfy millions of people momentarily with a little bit of something. 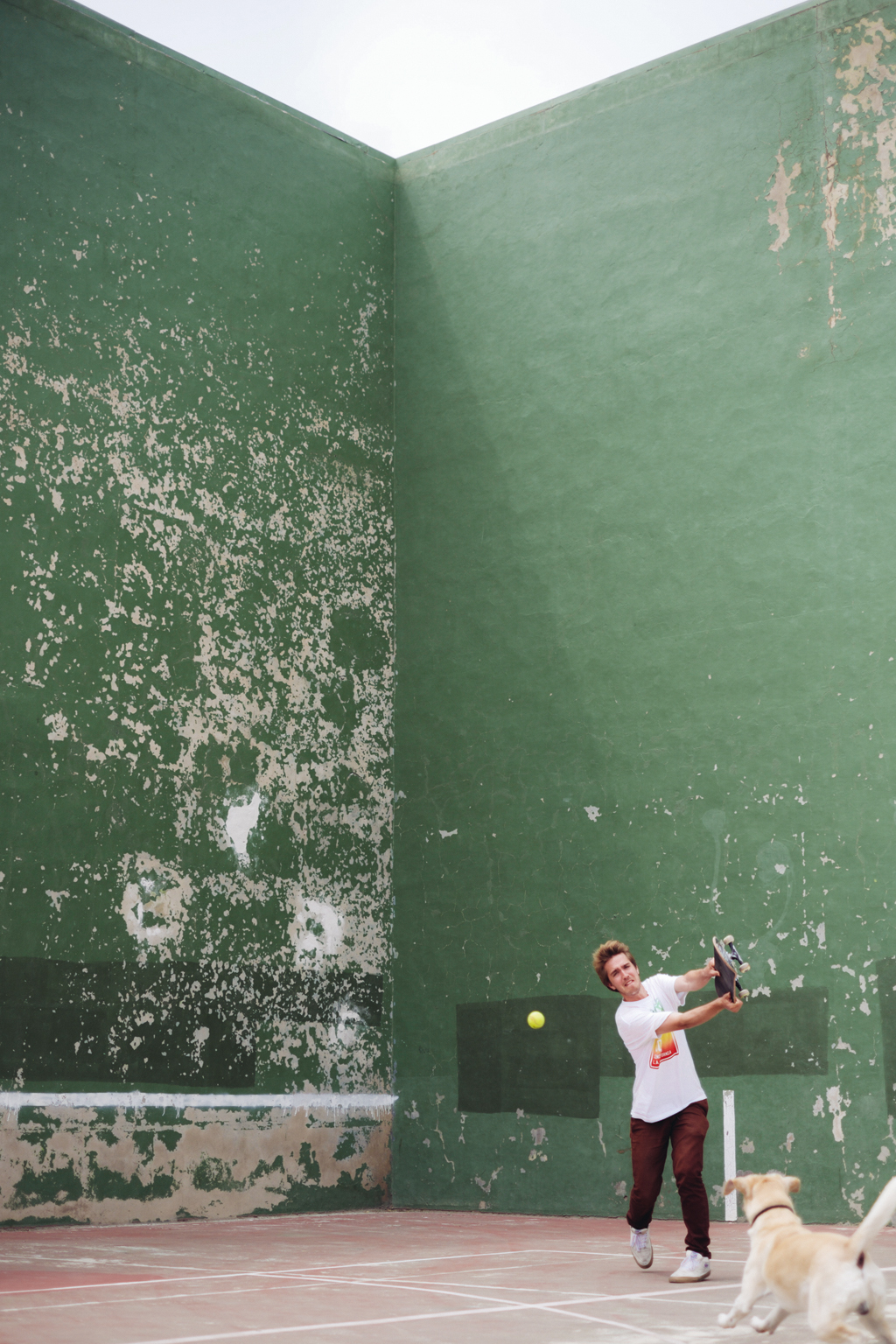 So when Archie, our team manager, mentioned organizing another skate tour, I wasn’t exactly all gung-ho about it. I even had doubts about going at all. I didn’t want to see the boys smashing themselves to pieces again for hours on end trying to land that one trick – the one that had never been done before at this spot. ”Can’t we just have stupid fun for once?” I asked myself and then thought: “Yeah! We could, but it would NOT go over so well in the magazine feature of the tour if we didn’t even try to stoke the shit out of the skateboarding world with our performance.” 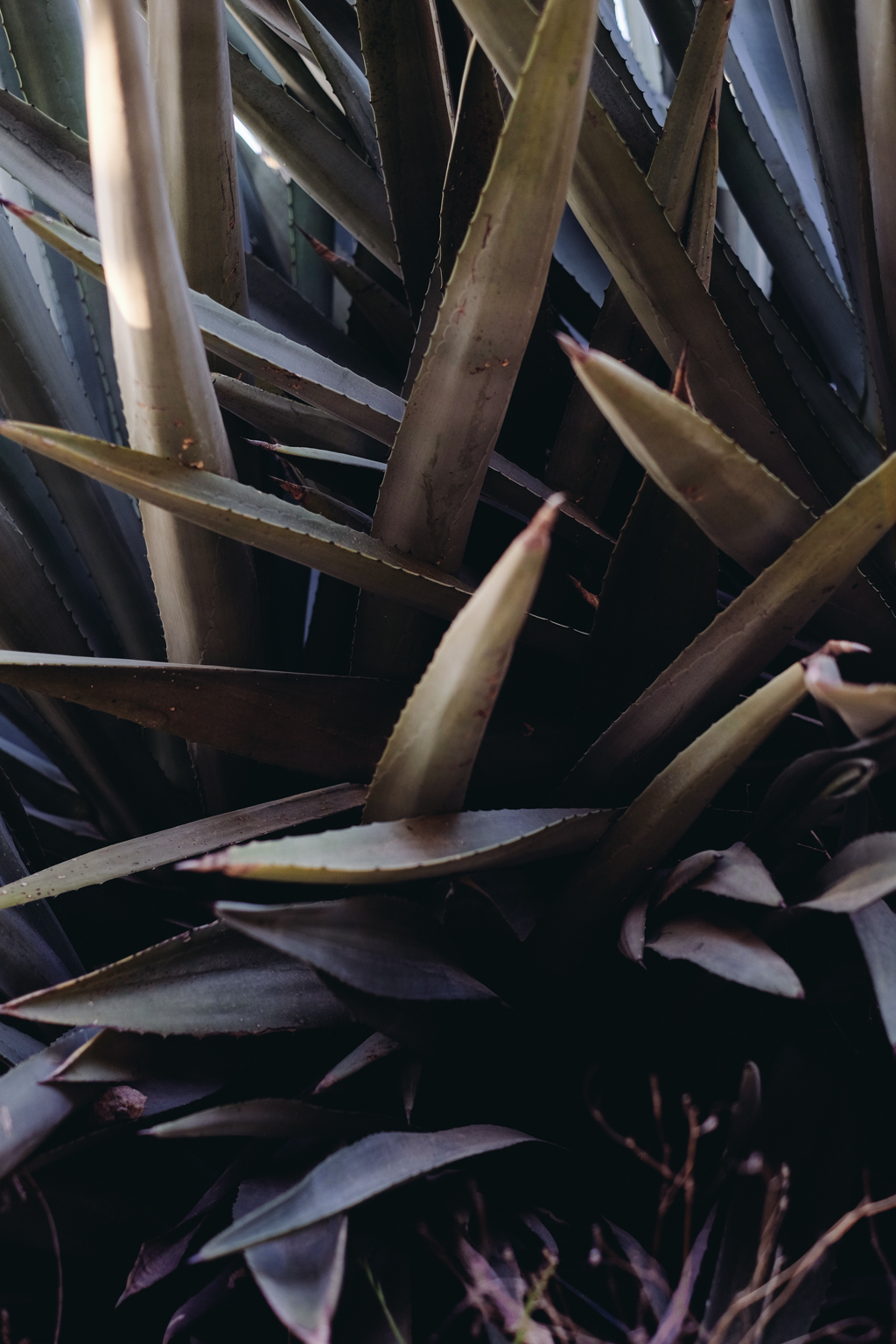 ”Why not?” the Freebird twittered in response from the left half of my brain. ”We’re fucking skateboarders. We can do whatever we like!”

So that’s what we did! The team and I agreed on going on another tour under the premise that we would keep this tour strictly about having a good time. Thus the title, “Good Times in the Front, Kicktail in the Back!” That was our motto, all the way to Alicante, Spain. And look at us now: Here we are! Full tour feature in a major magazine! Ten pages! No less! And all we did was have some simple stupid fun, just for once in a while. 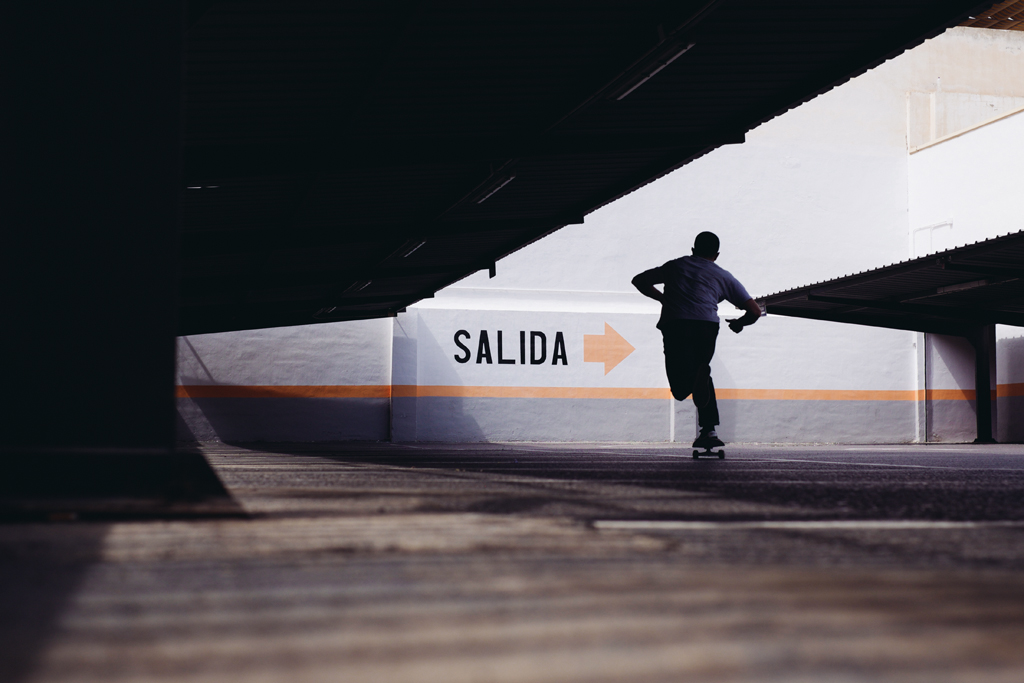 Watch out for the footage of this trip – edit dropping tomorrow!