Together we are stronger! One good example: Jarne & Phil.  Meet the two outstanding characters (insert the word “Legends”) from Belgium in this so called B-Sides video, where Phils is behind the camera and Jarne is doing the tricks. Afterwards you can read all about it in this catch-up interview with the two.

Good question. In French, it would be Johny or Jock which is pretty funny.

But, I guess for us it is the way we started calling our first video.

Why did you start Jacky?

I got injured and couldn’t skate for a while so I thought it would be a good idea to get more into filming.
And also to kind of help other people that wanted to try to film for a part or something.

Jarne seems to be at the core of the main videos, how did that happen?

Well, when we started I was just filming Jarne. I love how he skates so it fun to film someone you like to see skate. But from there I started filming more of our friends and this is kind of how the first video came bout. Just me not skating and filming Jarne a lot and our other friends.

You do feature some heavy Belgian legends like Hans Claessens how did those skaters influence you?

I always loved Hans skating and still do. I think he influenced me the most in my attitude, he taught me that it is not really about tricks. It is more about style creativity good looking spots.
He is really fun to go skate with he always finds his own approach to certain spots and I really like that.

Do you have an idea why a small country like Belgium with a relatively small population produces a lot of talent?

Hmmm, I am not really sure. I always think that about Finland. There’s so Manny amazing skaters from there and it is cold for more than half the year. How do they get that good? What do they eat ? What do they drink (laughs)?

Which young skater from Belgium are you most excited about?

Definitely Maité Steenhoudt. I have seen her skate since she was really young and I’m very proud of how she is killing it right now. She from my hometown as well.

You moved to France some time ago. Why?

I was living in London and broke up with my girl. And I had been in the Basque Country a few times before and my best friend from Belgium had just moved there as well. So I ended up living with him and his girlfriend. I have been in France for two years now but I’m not really here that often so…

music is most importantly in a video.

Music is a big part of these videos can you tell me a bit about your music selection process?

For the first one, we really wanted to stick with Belgian songs. Because everything was filmed in Belgium I was trying to only use Belgian songs.
Same for the second one. But we ended up using music from everywhere. I don’t know but music is most importantly in a video. Finding songs is a lot of work. Probably the hardest thing to do the best.

You sing Karaoke a lot and are somewhat known for the golden mic, have you ever edited a section to one of your karaoke Go-To’s?

(Laughs) I wish! Maybe that is a good idea for my next part. Just not sure if I can afford music rights for Adele.

You had some troubles with music which resulted in Thrasher not putting the video on youtube can you talk about that?

I mean not really trouble but yeah we didn’t have the budget for the music so we couldn’t put it on youtube so it streams via Thrashers video player only.

Last couple of questions. Will there be another Jacky video?

I hope so, but let us see how things turn out. Maybe under a different name, or filmed by someone else. Maybe a surprise!?

Seeing that you are no longer in Belgium and are mostly focussed on Karaoke and Surfing (shaka bra) who would you prefer to film the next jacky video.

Guillaume Perimony or Romain Batard would be great. So please guys, if you read this let’s do it!

Your career has somewhat been linked to Jarne’s with you guys doing a double part and working together on the video.  Do you remember when you met Jarne and what your first impression was?

I can’t really remember the exact day but I used to see him in the skatepark in the local village. He is like 8 years younger than me. So he was tiny when I was skating there.
I would skate there all the time and would see him there.
Back then I got on Globe and he was on Globe as well and from there we kind of started hanging out more.
I always liked him a lot. He is a great person to hang out with and a very unique skateboarder!! 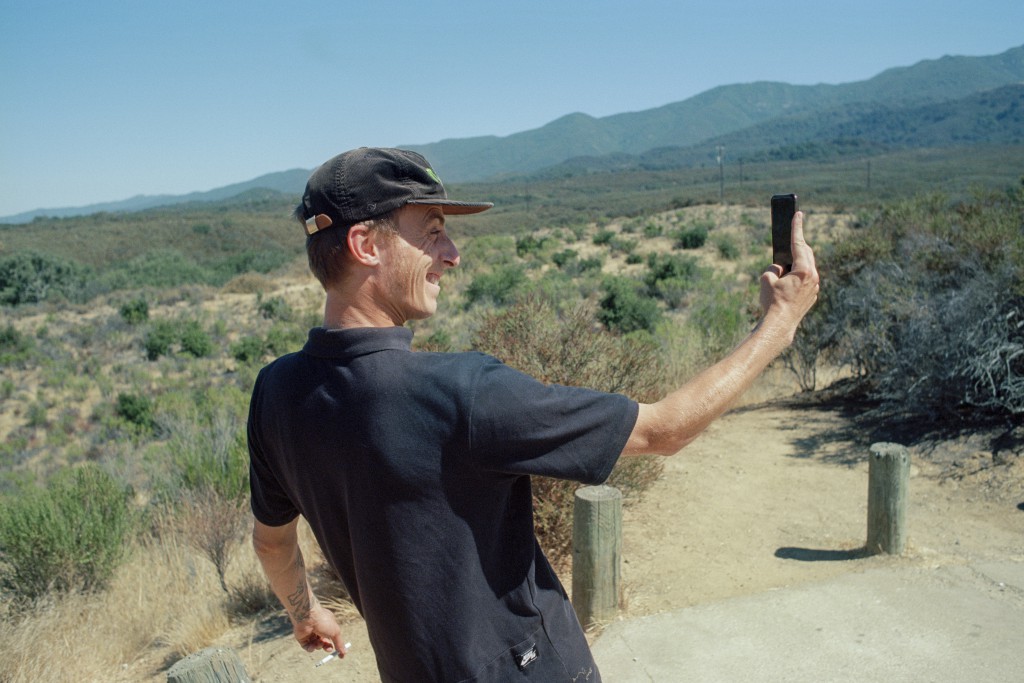 So Jarne, watching these raw files, we see you often trying a trick before the “real” trick with the best example being the boneless off the roof into the bank. Is there a reason you do that or is that spur of the moment?

I don’t really know which boneless you mean but I know what you mean with the trick before. For me, it is like a motivation to go for it. if I don’t do it, it feels like there is some kind of emptiness and I’m wondering why I should go and try to hurt myself right now because often I don’t feel like I will succeed. So, if I do something before the scary trick, it kind of gives me a “I don’t give a fuck!” feeling and at the same time my concentration is off the actual trick. I get a similar feeling if I have a long runup, I am just thinking about the trick I am rolling up to and thinking too much and that’s never good for me cause I’m not thinking the way I should to actually land the trick.

Do you remember when you met Phil & what your first impression was?

I always saw him skate at a skatepark that was somewhere in the middle of the places where we both lived. After a while, we actually started linking up via Davy (van Laere). then we got on Globe together and started to become good friends. That’s maybe ten or twelve years ago now, pretty crazy!

Did you ever sing Karaoke with Phil and if yes what is your Go-To?

I wasn’t really involved in the karaoke sessions except for maybe once or twice in a bar but it is not a part of my life. (laughs) My go-to would be any Lana Del Rey song.

Phil has moved away from Belgium have you ever considered moving away?

Yeah man, I am so sick of it there! A lot of my friends moved away so if I’m home I’m kind off lost so I would end up drinking cause that’s what people do here. Skateboarding saved me from a lot of that bullshit kind of although it is a strong magnet for me. Actually, I have to move away, I am probably moving to the south of France.

Jacky features a lot of Belgian spots but your other parts don’t per se. Is that an accident or do you like to film for these “at home” more?

Well, the first one was made when Phil was still living in Belgium. We filmed that during the winter months (laughs) but it worked out. I guess Belgian’s don’t complain that fast. I mean 3/4 of the year we have shit wheater so maybe that’s a bit long to keep complaining.

For the second video we did some trips to Belgium because it is cool to have some homeland footage. There are plenty of spots if you are not afraid of a crack or 20, haha. We also wanted to feature mostly Belgian skaters so it’s not the easiest to get everyone ready at the same time for a trip.

I love to explore Belgium tough. We Have Geoffrey (van Hove) and Hans (Claessens) who did this before us so they helped with spots. It is always cool to skate some legendary Belgian spot, whether marble or cobblestones.

Phil’s lipslide and Gianni’s kickflip and maybe my own wallie because it took two and a half hours. Because you can see the whole crew being super hyped! I think that is what skateboarding is all about, keep supporting each other although you are waiting around in the cold or heat for 3 hours without food, just cigarettes.

You feel and feed your homies fire, and support them wanting to do that trick. In the end, you are never alone in this and that’s the beauty of it. That is what these Jacky videos are all about!

Yes, I am saying there is a wrong mindset in skateboarding these days, fuck that shit!

Which young skater from Belgium are you most excited about?

Yannick Goris is blowing my mind now. You will see more of him soon.

Maité Steenhoudt of course. She has the best personality and you can see that in the way she skates. That is what we need now with skating being so all over the place these days. Yes, I am saying there is a wrong mindset in skateboarding these days fuck that shit!

Then Pieter de Clus and Jeroen Bruggeman are killing it as well and they have the right mindset I love to skate with them. Jens Pepermans is a Mechelen skatepark local and he’s been my favorites since he started stepping on a skateboard. I hope we see a lot more of him but he’s doing it all his way and doesn’t let anybody tell him what to do. Wich is rad but I hope he doesn’t stop with what he’s doing because we need these kinds of kids. I hate to write these phrases but he’s really amazing on and off the board. I look up to him really and he could be my son, haha. He is a youngster and got a lot to offer, this little maniac!

What is in the future for you?

My motto is “Don’t look forward always look back.” that’s why my life sucks you know (laughs). I’m just joking! We maybe want to work on “Double Impact” 2 or maybe a sequel that could be funny. Right now though Phil and myself are working on separate parts.

Guillaume (Perimony) is hyped so I’m sure we will be making something together soon. 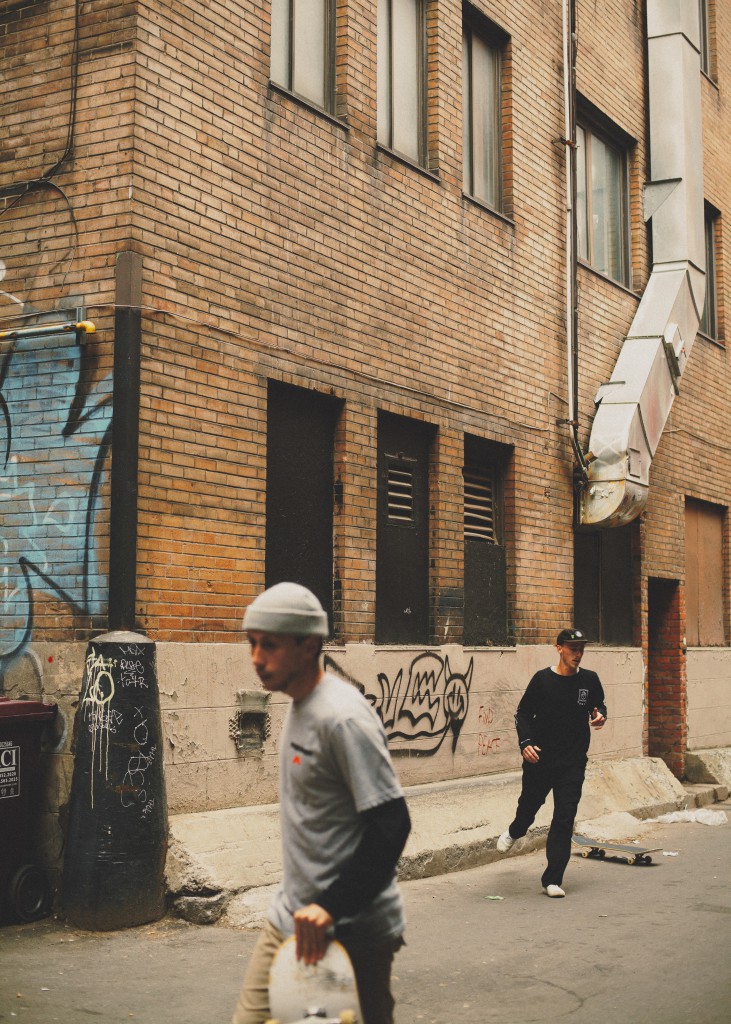 All photos by Guillaume Perimony.

One of our favourite people just released his newest video “Jacky Jacky” on Thrasher. We guess Mr Zwijssen is, not just a pro skater he is also a good quality Philmer* (laughs). Enjoy!