Some would say it was bad luck and some would say that it was meant to be this way. Here is an explanation by Dan himself why the new video is called unfinished:

“Due to harddrive issues in the past, a lot of the corresponding footage got lost. This is the fragment of THE UNFINISHED VIDEO from 2017.”

Berlin often gets a bad rep. I heard complaints from many out-of-town filmers and skaters alike: The spots are too rough, you can’t cruise around the city, I can’t get anything done because of the partying. The list goes on, but for people that live in the city, those things are not an obstacle. Sascha Scharf moved to the city and wanted to befriend the place and its spots. Going out and finding his own version of Berlin together with Dan Schulz. This part is a reflection of both getting to know and love a place. It shows you his version of a city with many faces. So, watch (read) and learn more about Sascha.

All photos by Dennis Scholz.

Hey Sascha how are you?

Good, just got back, to Berlin and it is snowing.

A White-Christmas, it is a miracle! Tell me about your part, are you happy with it?

Yes, I am. It is the first part where, in the end, I feel good about the whole process. The idea was to search for spots in Berlin and skate both the spots that people know and the spots that most people don’t know. To show new spots and possibilities.

How was it working with Dan Schulz?

It was great, I didn’t know Dan before this project, I just hit him up out of the blue. But through working together we really became friends. Working with him is great, he is patient and like me doesn’t like to be late, he also brings his own ideas to the session and is open to suggestions. I know how I would like things to look and he listens. One of the worst things is trying a line and you see the filmer riding next to you and you just know it isn’t going to look good. That can really demotivate me from trying tricks.

That means you probably spent a lot of time on your bike.

100%, I made a spot map and dedicated a lot of time to cycling through the city. It was great, when I first moved to Berlin I didn’t know the place. So going around looking at spots and areas outside of the usual zones people skate in was a way for me to get to know the city. Actually, the map is not so much something I did for myself it is for all my friends. I often think of tricks for other people when I find spots.

That is cool, but let’s be honest, getting them there is probably the hardest part. At least in my experience (laughs).

It can be, but often people are just stoked to skate something else, something new. They are thankful that I am doing that part of the job for them. Plus often Yannick Schall is willing to drive us there. I do the work on a bike and then we carpool there together (laughs).

With the city being so big, it surely means that you spent many miles in all different kinds of areas. What spot was the most gratifying to find?

This kicker to kicker spot where I do a Frontside Shove-it. We saw that one on Daniel Pannemann’s IG, I made a screenshot. When I finally found that spot I was surprised to find it hiding in plain sight (laughs).

That’s funny because I remember watching your part with Daniel some weeks ago and he was like. Oh, they skated that spot. (laughs)

It was such a good feeling finding that one. Through filming this part I found out that some spots look easy but for instance, the line where I do that pivot fakie on that little red bank was such a struggle. I couldn’t ride up it, the angle didn’t allow it, so we had to find a little sign and put it down to make things work. We often had to make small adjustments to get the clip.

You didn’t only skate Berlin though, that Pop Shove-it off a grate over a long step is closer to your heimat.

Dan and I spent some time at my parent’s house in Wuppertal. That trick was actually filmed during that stay. The spot is in my home town. But we went all around the Ruhr Valley, places like Bochum & Essen.

At that same spot in Wuppertal, you have a guest trick as well right?

Yeah, that is a good friend of mine Niklas Stube, I wanted to push him. He did the Varial Flip to back me up. That spot is actually super hard, the grate is not very wide. But it didn’t bother him as much as it did me. He did the trick in like 2 tries.

Funnily enough, you did a trip to Athens as well but footage doesn’t stick out like a sore thumb.

I think that is because Berlin & the Ruhr Valley are both rough & somewhat dirty places. Athens, in its own way, is as well. So maybe that is why the footage translates and compliments the other stuff so well.

Nowadays you see a lot of crews in the background but you didn’t have that going on. Did you go on solo missions with Dan a lot?

No, that is just a habit I picked up from filming with Dennis Ludwig. Clean up your background so you can get the best footage. I actually enjoy skating with a crew, you often get more stuff done in the heat of the moment skating together. But, I am not going to lie, there were moments where nobody wanted to join me and Dan to some faraway spots.

Besides the spots did you have any other concepts or ideas coming into this project?

I did, quick feet tricks and no-push lines. Which at times was a struggle, but challenges can be good. When it worked we were extra happy.

When it came to the editing did you play an active part in that?

Dan sorted out most of the footage and did most of the work on that end. But we sat together and talked about what trick should go where and what should stay in or go out. It was quite an easy process. When it came to the music, I gave Dan a playlist and he ended up picking two songs and edited the footage to both. This version stuck out immediately so even when it came to that we didn’t really struggle.

I can see why you are happy with the process. Thank you for your time Sascha.

I want to thank you guys as well, I hope to see you guys soon.

A really nice tour video to a location close to home. Good work by the team manager to reshape the team.

Fun Fact: There is an actual new Willow on the team now!

A nice pre-lockdown flash of skating by some very nice skaters. We want to give Ike Fromme a special little S/O because he really did some spicy stuff in this one.

Paul Herrmann gets the honor of closing off our year with his best of 2018 montage. The video features some of Berlin’s finest and some of Germany’s best.

To be honest, it is nice to see that young filmers still wait to “build” montages instead of filming for a couple of weekends and then “just putting it out” in a sub-par fashion.

Surprises are nice and we believe in the fact that every skater can have something to add to a montage. To draw a parallel, in a band not everybody can be the lead singer, some people might be drummers or they might not even play any instrument but still, they are an important element of the band.

In “bestof2k18” Herrmann manages to show us all the bits and bobs behind his “band” and we hope you enjoy the results.

Just as we are slowly reaching the coldest point of the year Skatedeluxe and Levi’s created some warm winter wear.
In celebration, they sent out some of their riders to do a resistance test and as we can see the results do not lie.

A Dan Schulz “Bänke” video sounds about as classic as it is. Sit back and enjoy! Feat.: Michel Funke, Eric Erhardt, Sami Harithi & many more.

Our video columnist Paul Herrmann has been on the road a lot last year.
A couple of trips for Vans, vacations together with friends and a move from Frankfurt to Berlin produced a lot of new impulses.

Documenting those new moments allowed him to translate his experiences into his latest column aptly titled “Left”.

You have heard it before, we are hosting this Saturday’s Snipes – SQUAD UP event in Berlin / Märkisches Viertel. The best thing about it –  everyone can join the contest, as long you find a crew of three people and a name. Easy, right? We have more than 10 crews invited from all over Germany including:

This is Own Skateboards:

All the INFORMATION you need.

Today we are premiering “Welcome to Franki” a skateboard video by a young filmer out of Frankfurt named Paul Herrmann. The video was shot in Frankfurt, Berlin, Barcelona and the French capital of Paris. It gives you a good insight into what young German skaters are doing (mostly in Frankfurt and Berlin) but it also has some mainstay people like Kai Hillebrand, Valentin Cafuk, and Timo Meiselbach. All in all we back Paul in his efforts and are proud not only to host the online premiere of his new video but also to welcome him into the PLACE squad. From now on Paul will produce a monthly video column for all of you to enjoy but first things first, take a seat, make yourself comfortable, press play and welcome yourself to Franki. 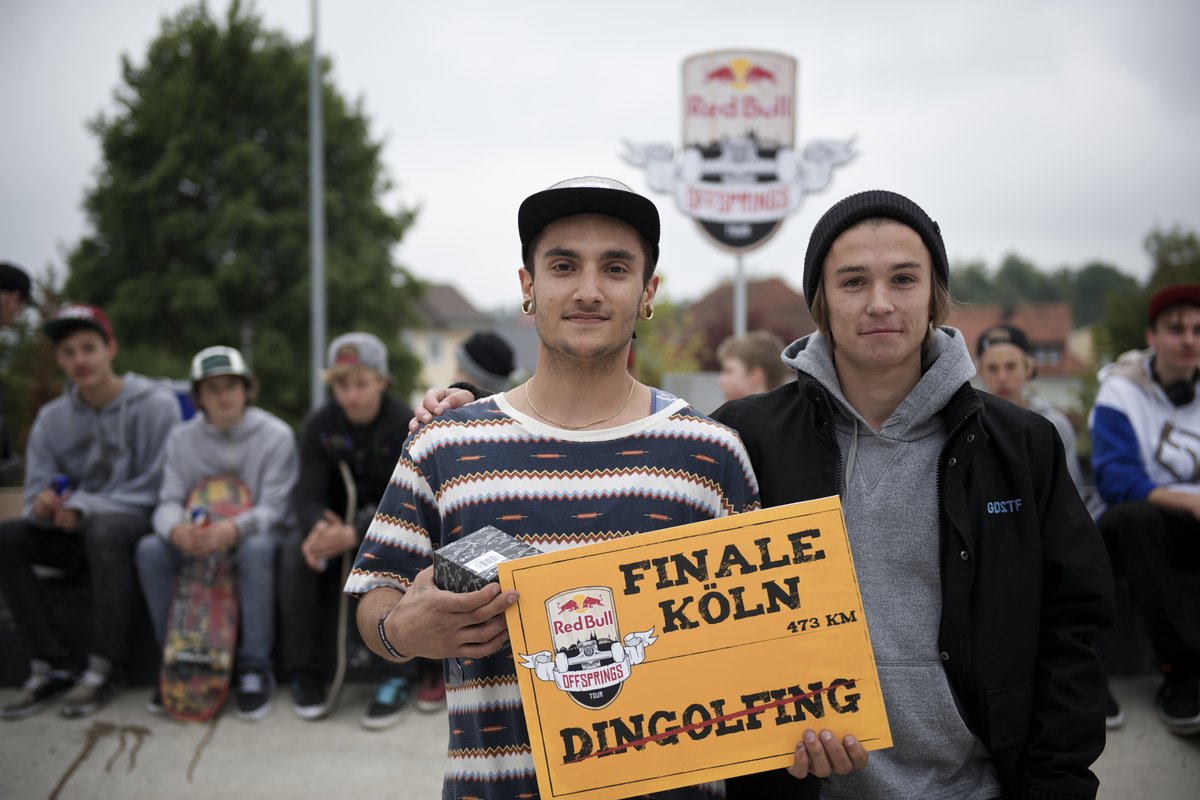 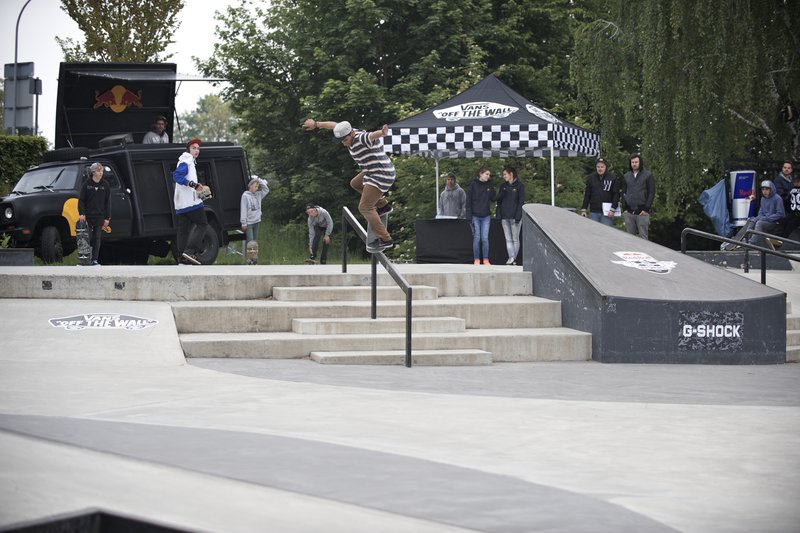 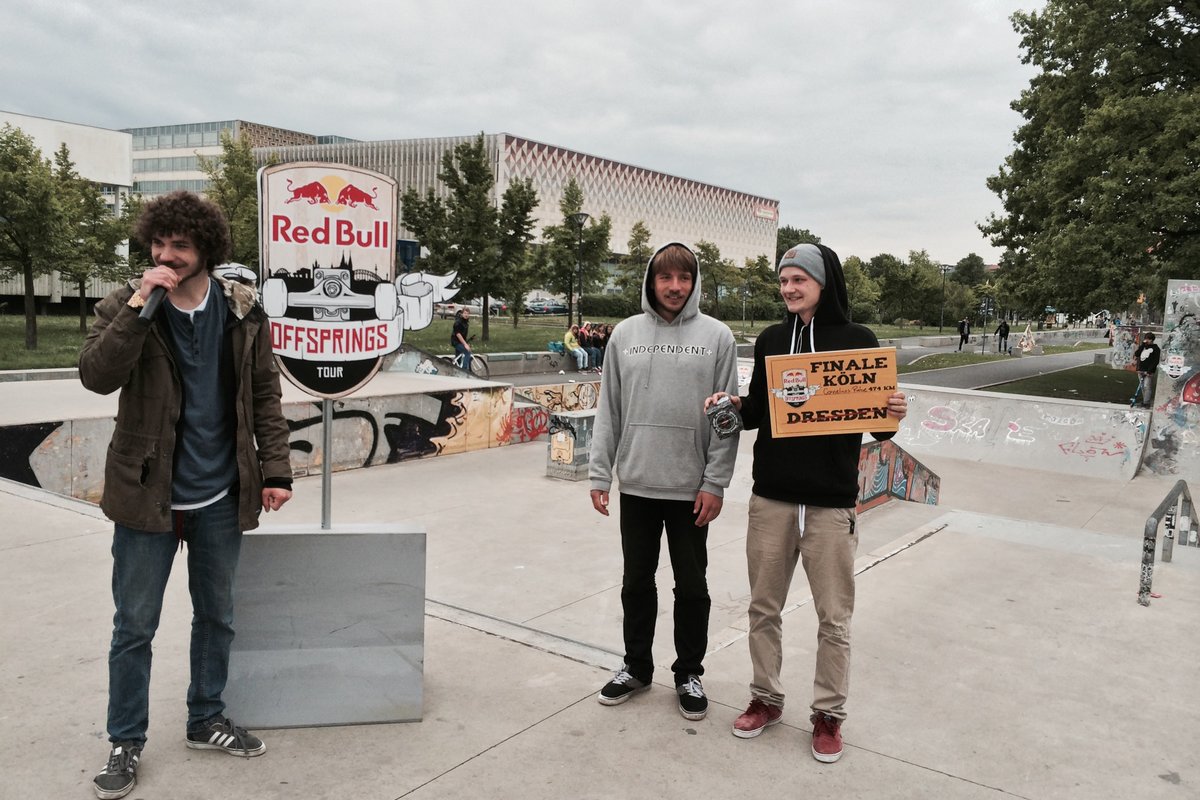 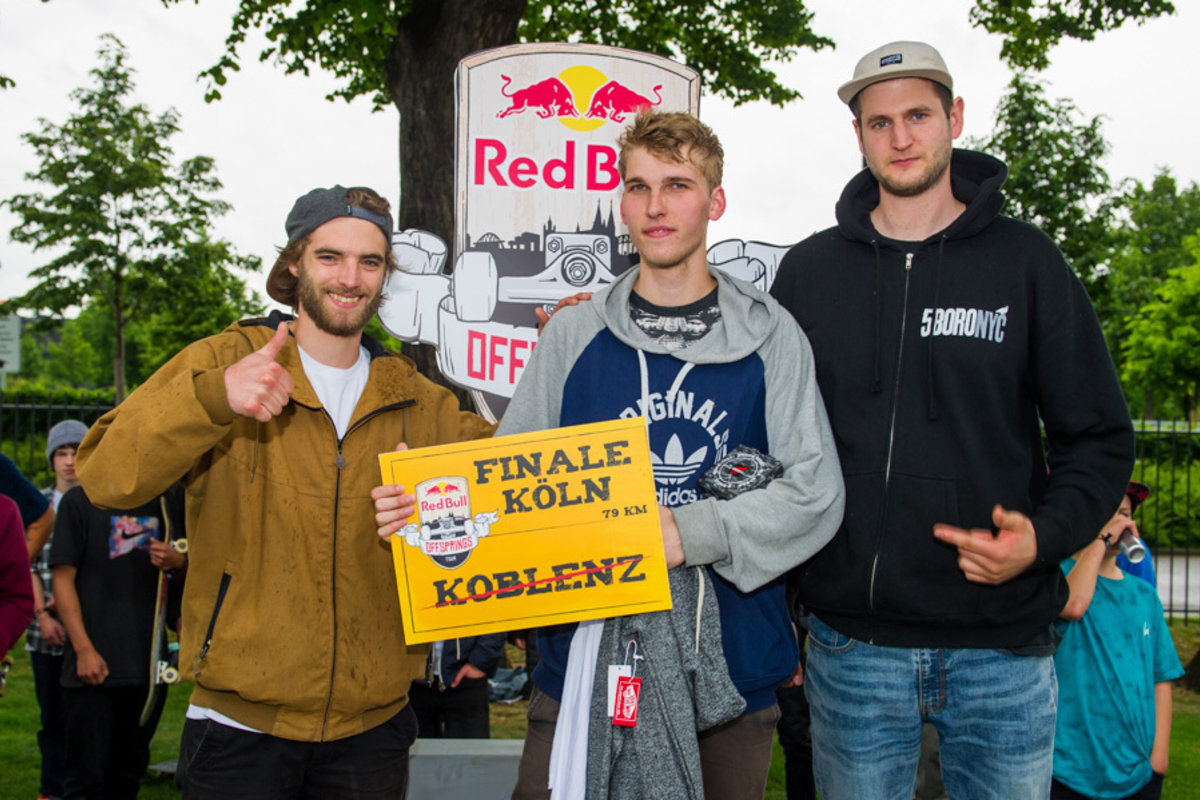 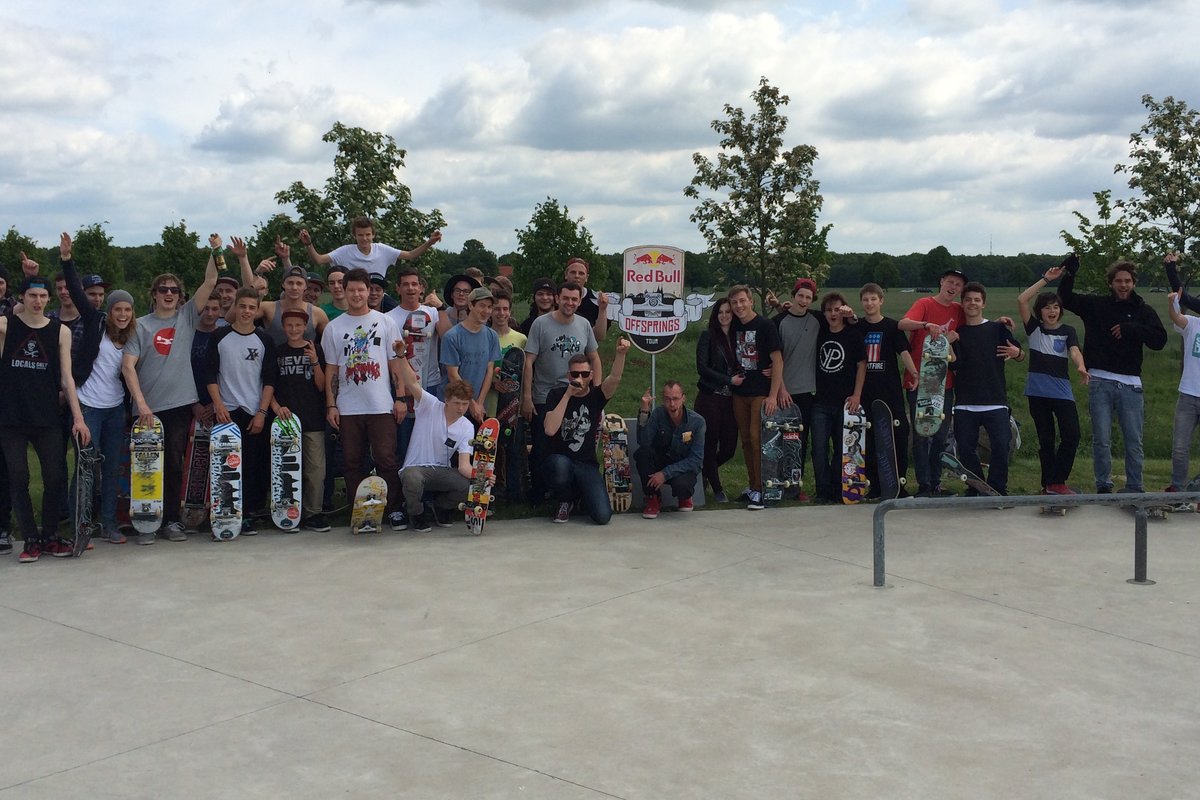 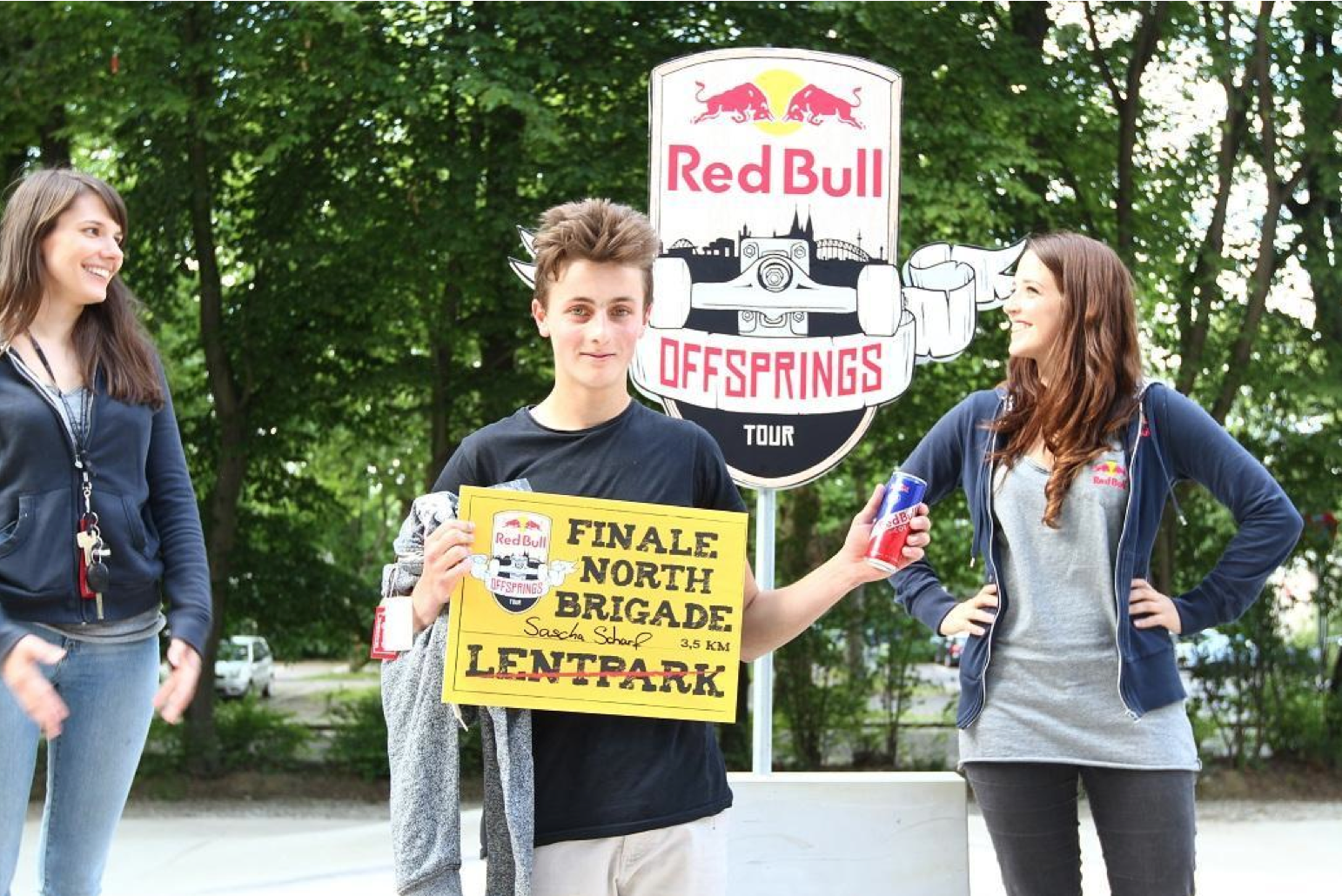 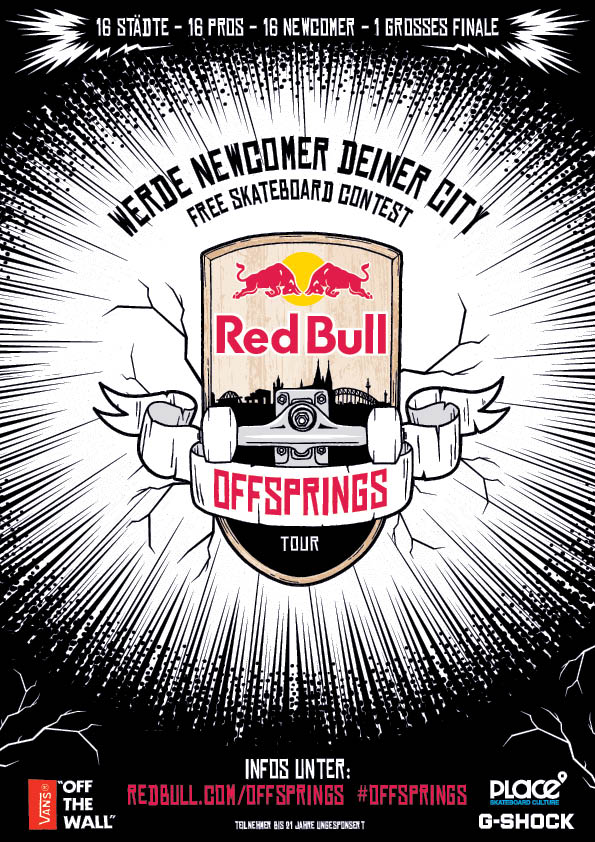